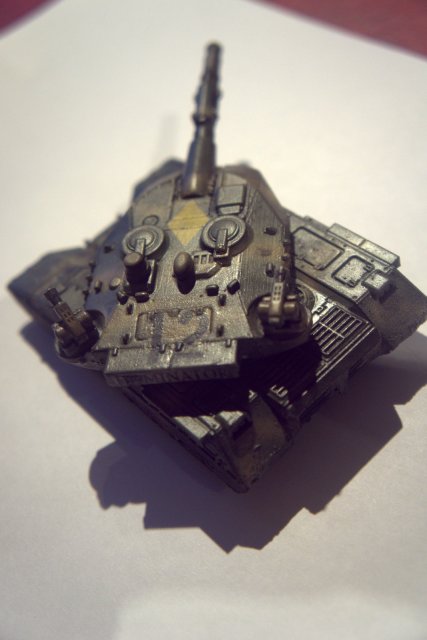 The M17 was used by both the USMC and the US Army filling a role of both direct fire and indirect. It’s size limited it’s deployment but each battalion usually fielded a platoon of three. The tanks provided close support for assaulting troops using the 200mm mass driver and it’s variable role ammunition. Point Defence was covered by twin rotary 20mm rapid fire mass drivers, its thick ceramic composite skin could defeat most anti tank weapons but its weak spot was the engine cooling vents in the rear. The natural enemy of the M17 was the 120mm hyper velocity mass driver which could punch holes in the side and rear at medium range and the front at close. Pictured is “Yellow Zero Three” an ex USMC tank captured by Australian forces on New Washington around January of 2301.

3 thoughts on “The Siler gets a paint job”